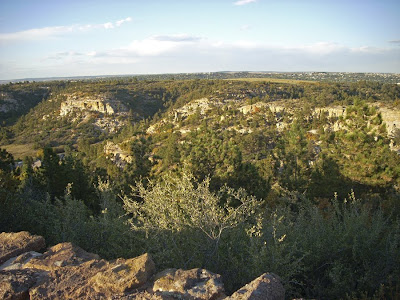 It has come to that time of year that I love and dread. The inevitable time when fading daylight squeezes in against the post-work midweek runs. The cool, crisp mornings and colorful leaves are the beginning of the dread. From that point, the conquest of the evening run becomes a battle to "milk the sun" for a few extra drops of daylight before it retreats behind the mountains! (Remember, our "horizon" is 14,000 feet above sea level - unfair!) I have a secret in my arsenal - Palmer Park, with it's elevated mesas, sits up just enough to allow almost an extra half hour of light. I'll take it! Here is the view, 6 minutes into the run, from the aptly named Grandview trail. 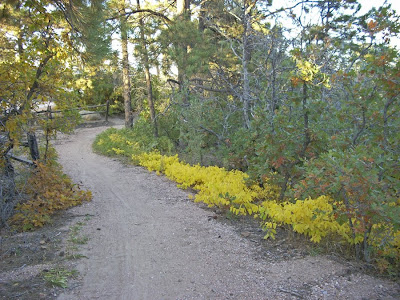 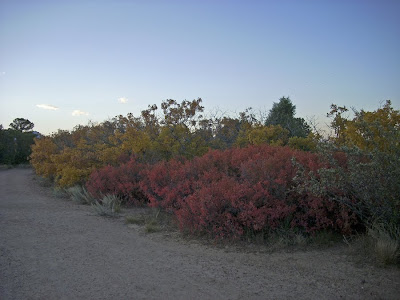 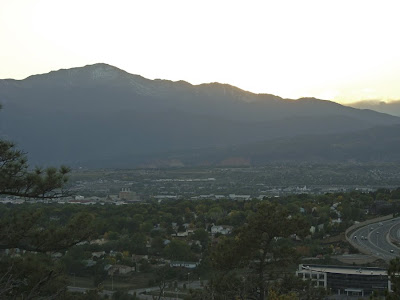 Out on the Mesa trail, overlooking the city, with Pikes Peak hiding the setting sun. Look closely at the center of the photo and you can make out the outlines of Garden of the Gods. 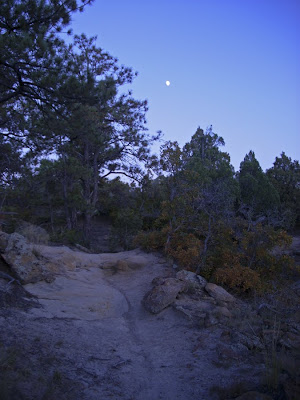 Barely 50 minutes into a run and following the moon down the trail in the fleeting light. I saw a coyote right before this pic - I think it scared him more than it startled me. 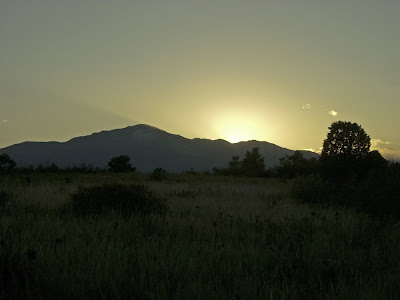 Back at the top of the Mesa and - one of the reasons that I still do evening runs in the Fall - what a sunset behind Pikes Peak. You could soak that in forever... 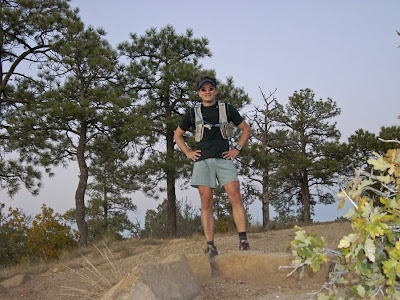 I have not tinkered much with the specialty modes on the Nikon, but this "night portrait" setting was pretty darn cool - the blast of the flash about blinded me, but it was nearly dark and that puppy lit up the night for this photo! I'll have to play with that some more. I was able to peel off almost 7 miles before dusk swallowed the trails. Dread it or love it - Fall is here.
Scribed by HappyTrails at 8:33 PM 5 comments: