Thanks ... and Moving Along

First off, thanks to everyone for the kind comments and emails last week.  It was a great lift and just wanted to let everyone know it was appreciated.  Kathleen is doing fine and we are going along through the waiting process that is normal to occur after the radioactive iodine treatment.


FREEDOM
Kathleen was quarantined for two to three days so as to not expose others to radioactivity - and she was stir crazy!!! So following two days of complete isolation from the outside world, last Sunday she was allowed out of the house - so we hit the Garden for a run! We were still super cautious about being in close proximity to other people but out on the trails that was no biggie. 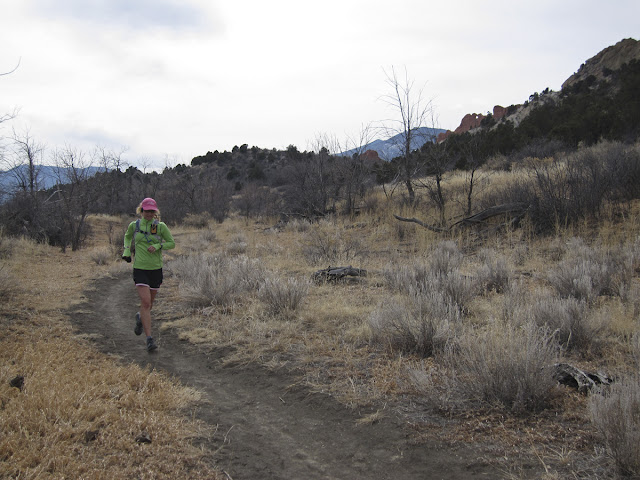 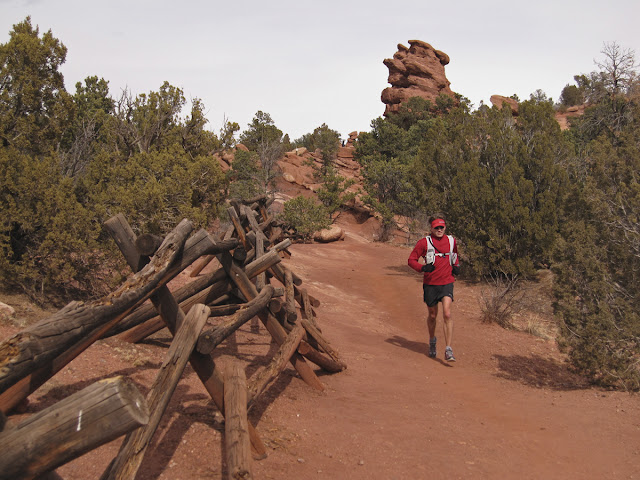 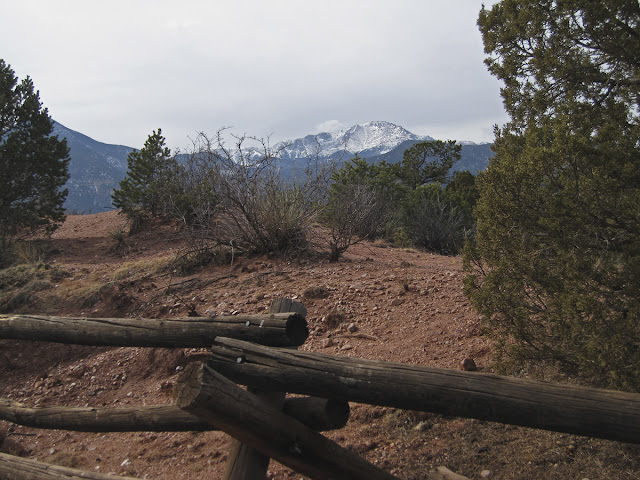 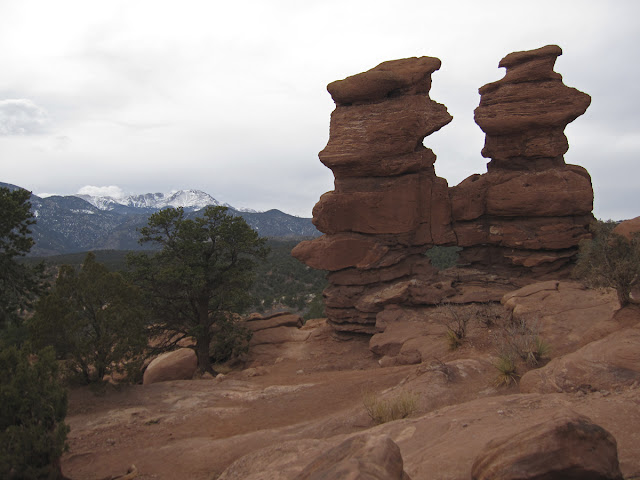 Siamese Twins with no crowds
It was good to get out to the Garden, and especially nice for Kathleen to be outside.  Kathleen ran a nice 7 mile loop, then relaxed with a book in the Pilot while I went for another loop to finish with 13 miles on the day.  Good times!
Shoes - Montrail Masochist
Nice Long Run 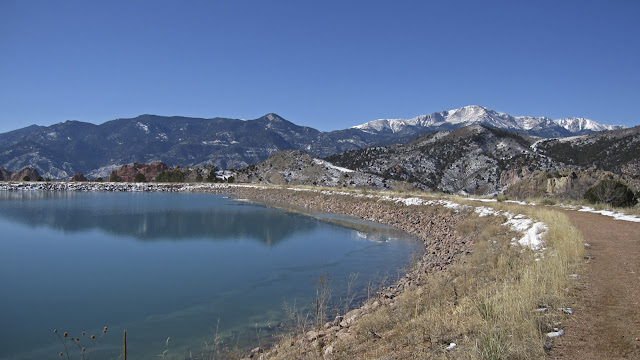 Reservoir with a nice backdrop
Last Saturday, Kathleen ran early before she had to go in to work for a bit.  Though her body won't allow her to push the pace at all or get long distances in, she has still been getting out for her runs without much trouble and just keeping them shorter than usual.  But shorter runs are far better than Zero runs!!!  I was a chump and waited for it to warm up before heading out on a long run.  I have not done as many of these lately and just wanted to log some miles and stay out on the feet for a while.  I headed over Flying W trail toward the Garden, but took a detour up onto Blair Bridge Open Space.  We always see these reservoirs in the satellite photos, but have not ever gone on top of the hill to check it out. 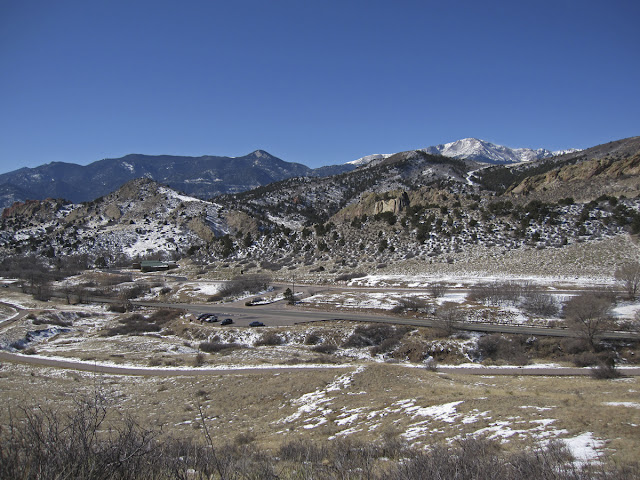 Looking down from the top of Blair 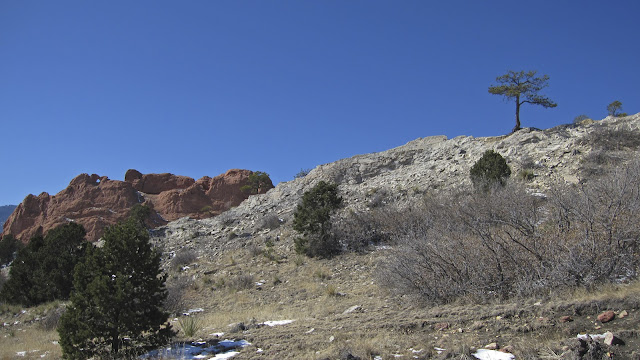 Sweet views with the blue sky making its return! 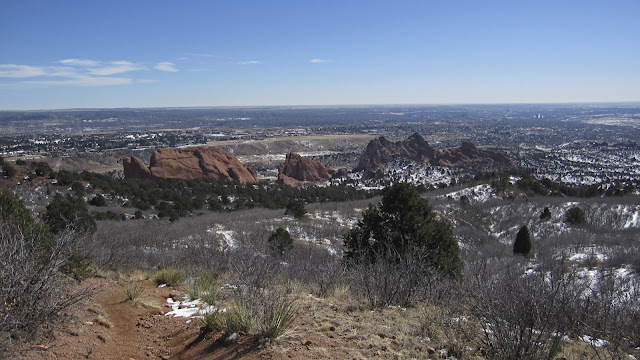 Up on the west ridge looking across the Garden 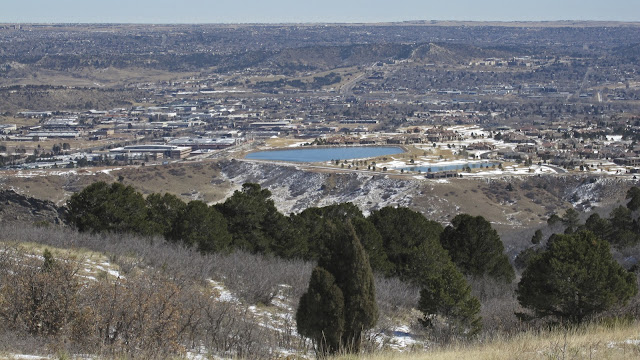 Same reservoir, different perspective...
I looped through the Garden on Palmer Trail, then up out of the park on the Ponderous trails to the ridge above Glen Eyrie.  From there looking east, you can see the reservoirs far below from the beginning of the run.  Dropped over the gate and onto Rampart Range Road for the long cruise back down to the Garden. 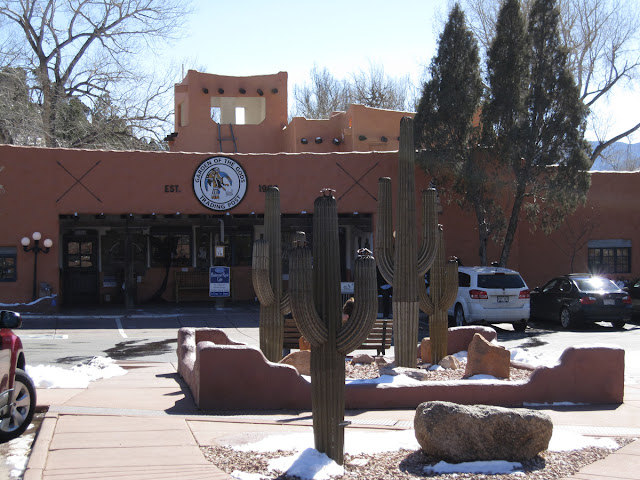 Not the Saguaros that you will see over here, but they're all we have to offer! 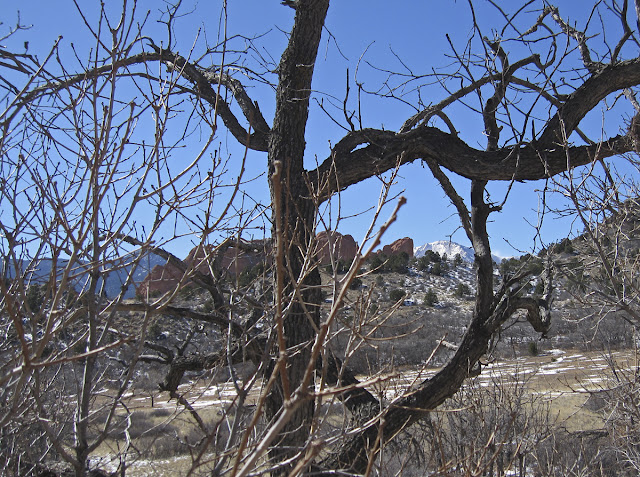 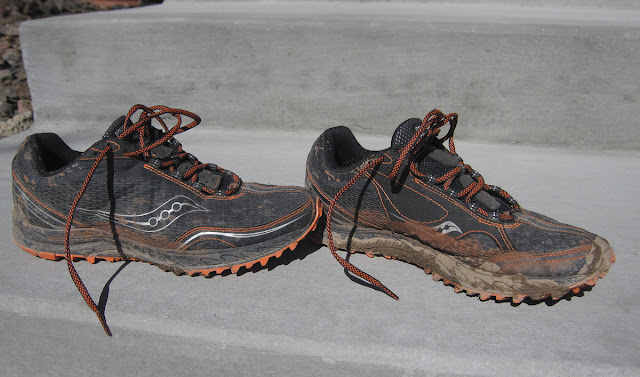 One happy pair of shoes
It was a great day, with temps in the 50's for most of the run which I will take any day in the winter!  The run ended up being 17 miles and though tired, I felt overall quite good to finish a run like this in February.   Longest run yet in the Saucony Peregrines and my feet seem to like them real well.
More Blue Skies 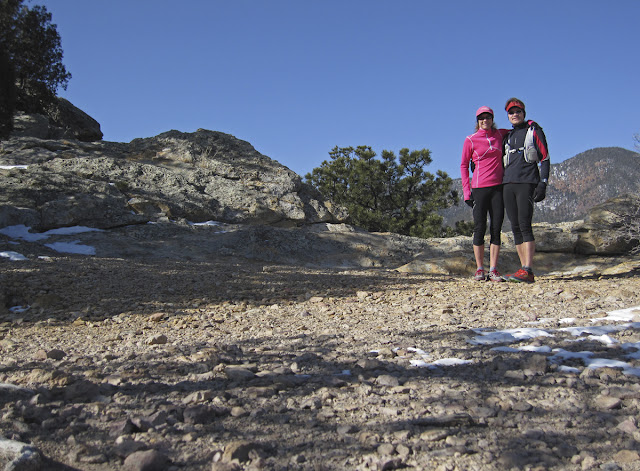 Group shot at Ute Valley Park
Sunday morning we got out early for a run at Ute Valley Park, and it was quite a bit more crisp than Saturday.  We were meeting friends in Castle Rock for lunch so we got in a nice 7 mile run on the trails and then hit the road.  It was also the inaugural run for both of us in these puppies: 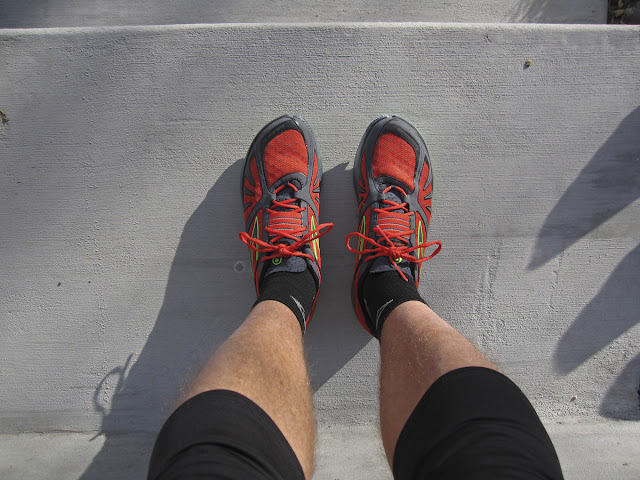 
So back in time a bit to the big day at the hospital, Jill showed up wearing the Brooks Pure Flow shoes.  We were intrigued and of course GRILLED her about them.  Her new race team is sponsored partially by Brooks, so she also was privy to the Pure Grit and encouraged us to check them out.  We did.  And then we bought them :)  I felt so good running in them, that I took another jaunt at Ute when we got home later in the afternoon.  First shoe since the Masochist that I can cinch down and run without having some foot discomfort.  After some miles in them, watch for a review here.  Happy Trails!
Scribed by HappyTrails at 10:12 PM 18 comments: