Merry Christmas and some trail RIDING

What, you say, TWO biking posts in a row???  Well, the day after the week after the last post, Kathleen was riding in Ute Valley Park and descending a series of root steps that we have ridden and run down a thousand times over the years.  For whatever reason, at that moment, Ole Bessie snapped a chainstay - see below (probably had something to do with that "thousand times" thing): 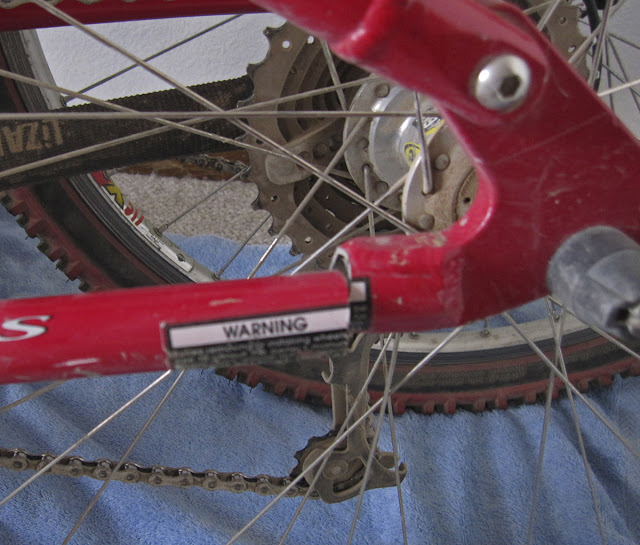 Now, we had been itching to get back to some off-road riding, so the plan was to start perusing new bikes in the spring.  However, this incident left us in a quandary and had us looking a little sooner.  Lo and behold, we found a sweet deal on a couple of gently  used 2011 Santa Cruz Superlight's and snatched them up.  Merry Christmas to us :))  Back.In.Business.  Now we haven't had much winter yet, so we were hoping to get some riding in this weekend.  Thanks to a nice little storm mid-week, we had just enough snow to be a nuisance but decided to head out anyway.  We took off on Santa Fe from Woodmen Road, cut over from Ice Lake to the Falcon Trail, and rode that awesome loop before heading back. 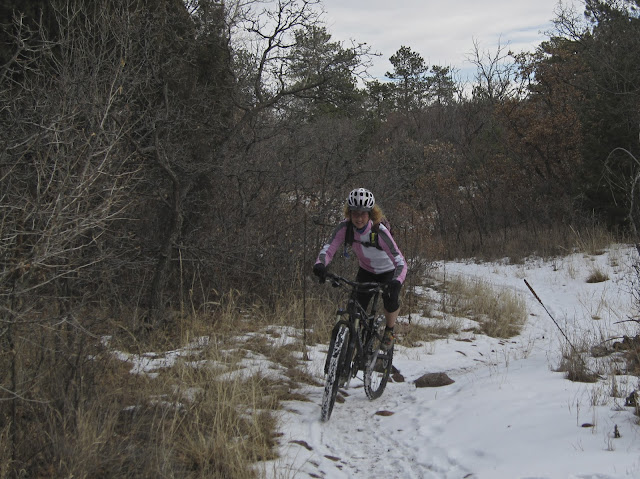 Breaking in the new machines 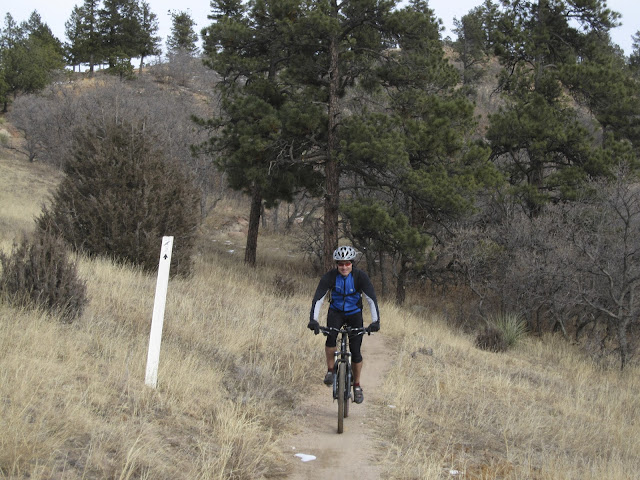 Cruising out one of the dry sections

While the snow on the north side was pretty chunky and made a mess, the ride was awesome and we ended up with a nice 25 miles of trail for the day.  For Steve, it was the first significant off-road ride in years, but the feel for the bike was back within the first hour.  All in all, a great day and lots of fun.  And if you're in to bikes at all, we have a couple super sweet sets of Stan's tubeless wheels on the way to lighten up the ride - nice!  Rest easy, though, we are now off to do a nice trail RUN.  Happy Trails!

Have a Merry Christmas!
Scribed by HappyTrails at 9:10 AM 6 comments: