The weather forecast was calling for 50's in Pueblo ... so it was road trip day!!! We headed 45 miles south on I-25 to Pueblo, Colorado and out to Lake Pueblo State Park's South Shore trail system. Although developed for mountain biking, the trails are absolutely perfect for running - classic desert singletrack! You could potentially put together a high-quality 25 - 35+ mile run (if you can run that far!) on the trails here. Plus, according to state park's web page, there are about 15 more miles of singletrack in the development stage. Pretty cool! 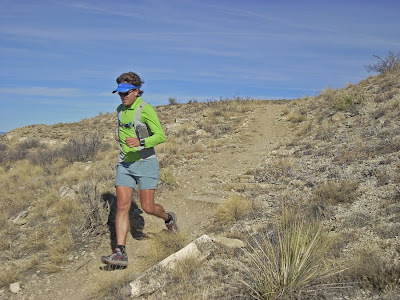 We started on the Cuatro Cinco trail, winding our way down toward Rock Canyon and the South Shore. We have not had dry and snow-free trails near home in a while now, so we were in heaven running the rocky and dusty trails today - absolutely dry! 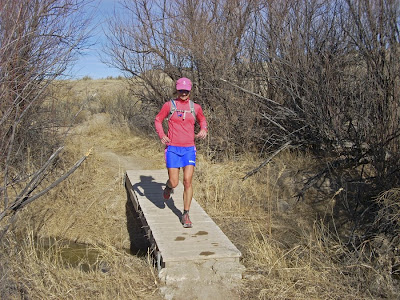 Kathleen crosses a small creek between Cuatro Cinco and the start of Pedro's Point. 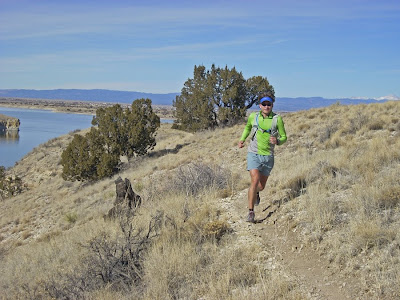 We climbed up onto Pedro's Point trail and then took Pronghorn trail over to the Outer Limits. This is an awesome singletrack that weaves along the canyon rim above one of the reservoir's large inlets. Surprisingly, there is more water now than there was when we were here in October. 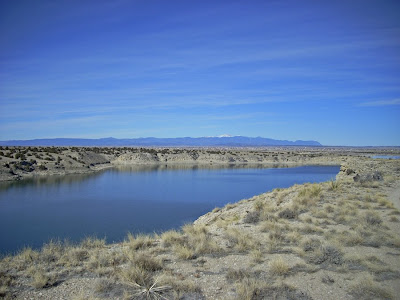 Calm waters. Far off in the distance you can see the snowcapped top of Pikes Peak. 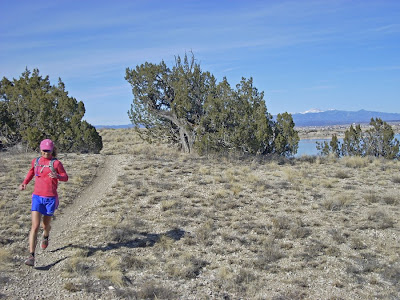 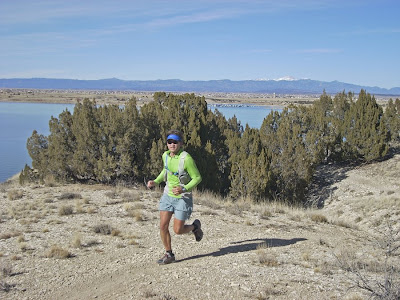 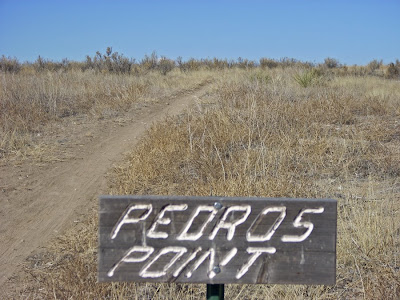 After reaching the end of the Outer Limits trail, we headed back in on the Pedro's Point trail. When we reached the crossing of Pedro's and Waterfall, we headed down off of the mesa, back toward the South Shore. 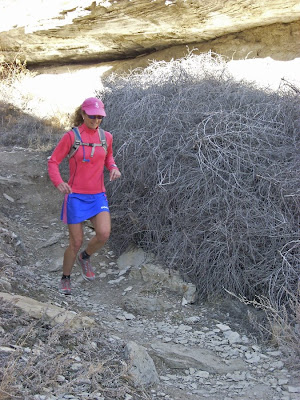 Kathleen descending some of the step-downs on Waterfall. 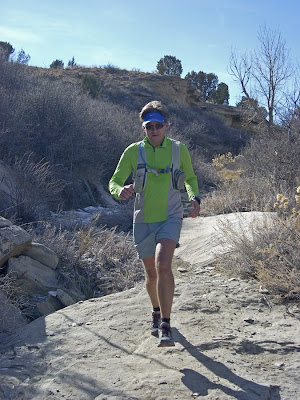 And Steve coming over several of the rock slabs. 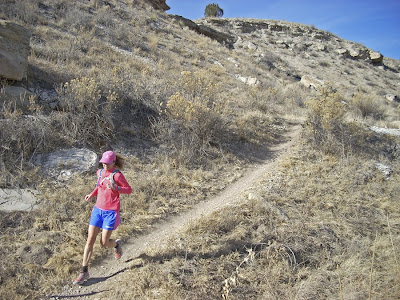 Nearing the drop out into the South Shore from Waterfall. 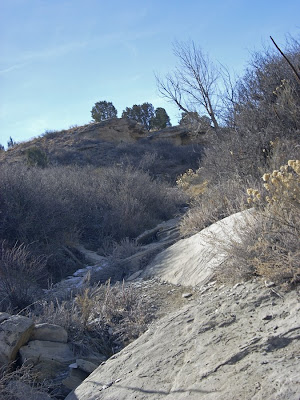 One more look back up the trail before heading over to the Rock Canyon trail. The climb back out to the trailhead on Rock Canyon is about 1 mile and ascends a dry wash, layered with broken shale and mounds of bubbly igneous rock. It is tricky footing on tired legs! 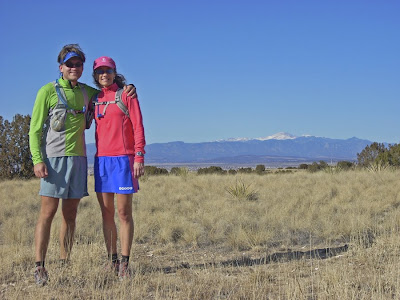 We finished our day with almost 13 miles of fantastic desert singletrack and uninterrupted sunshine! If you would like to see the aerial map on Google, click here. It was 61 degrees when we left the trailhead and we were wishing we could stay for more of the same tomorrow. It was nice to get a long run in without mud, snow, or ice in the middle of January but we know it is a bit too early to get used to that yet. It felt rather odd to not be wearing multiple layers of clothing or gloves in the middle of winter - but we'll take it if we can! Happy Trails!!!

Shoes- Asics Gel Trabuco for both of us.
Scribed by HappyTrails at 9:28 PM 5 comments: