It seems some road trips have been "interfering" with our running schedule the past few weeks.  Not that we have minded, really.  After six months of quiet in the house, we finally came to the realization that we were not yet meant to be a dog-less family.  We were so afraid we would never find another Sage, and then realized that we weren't in need of a replacement.  It was time for a new, different friend who did not have to "measure up" to any previous friends.  So we have made some trips here and there looking at some dogs that were being kept by various rescue organizations in Colorado.  We at first were looking for another Australian Shepherd however there are not many available for adoption right now in Colorado.  But after seeing some Australian Cattle Dogs out for runs with their humans lately, we decided to look at that breed as well.  (For those not familiar with the name - think Blue or Red Heeler)

It just so happened that some fine folks at the Second Chance Animal Rescue from Lamar, CO, were fostering two ACD's and would have them at an adoption fair on Saturday in Colorado Springs.  So after a bit of a distracted run on Saturday morning, I headed over to the Wag'N'Wash to meet the pooches while Kathleen was at work.  I had a pretty good idea we were going home with a new friend, and after Kathleen showed up, it was confirmed - a little guy they had named Captain Hook was getting a new home. 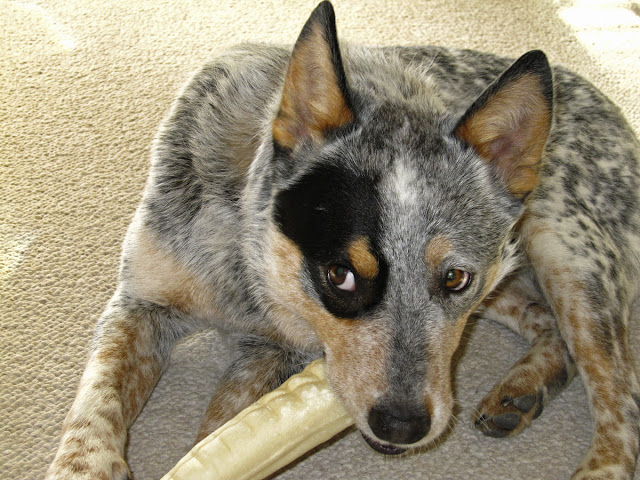 The Captain
He was named as such because of the patch over his eye and the gimpy leg he had from a barbed wire gash when he was picked up as a stray.  We didn't know if a new name was in order, but after a couple days, we almost think we're leaning toward calling him Hook.  Estimated to be 10 months old, this little guy is quite a lot of fun to be around.   And, no more silence when we come home - jingly collar and pitter-patter of paws fill the house once again.  Bonus side note - he was fostered by a couple who are runners and had been running a few miles at a time with him! 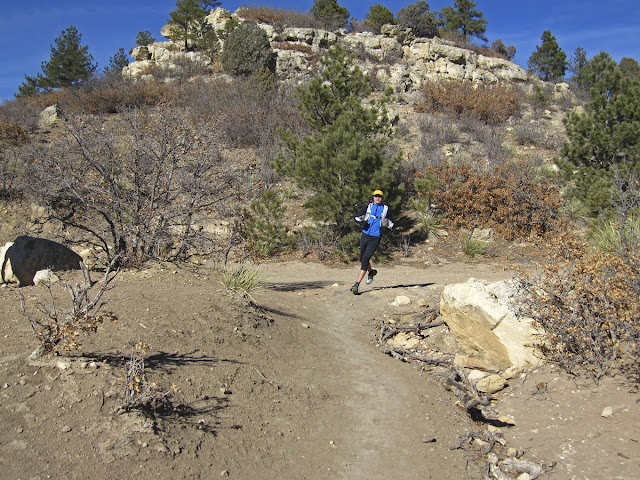 Finally some nice blue skies
So, Sunday morning we headed over to Ute Valley Park for some good trails.  It was an awesome sunny morning after a few weeks of more than average gray skies in Colorado.  Don't know if it was the emotional drain of looking for a new family member (yes, we take our pet decisions VERY seriously), or just some winter fatigue, but even the blue skies did not have us feeling super peppy for the run.  Do you ever have one of those runs where you feel like you could curl up on the side of the trail and take a nap...? 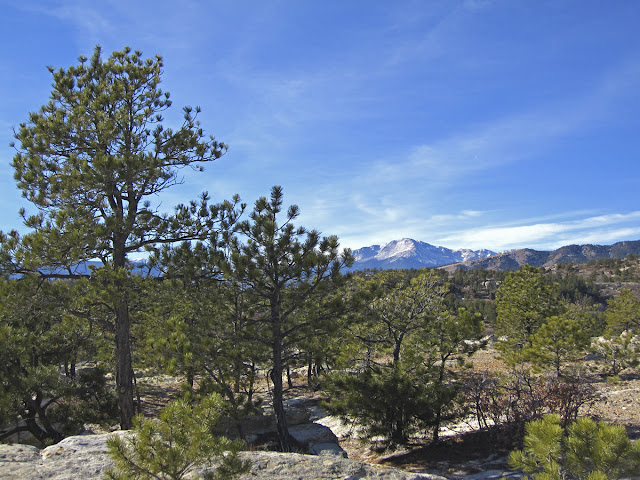 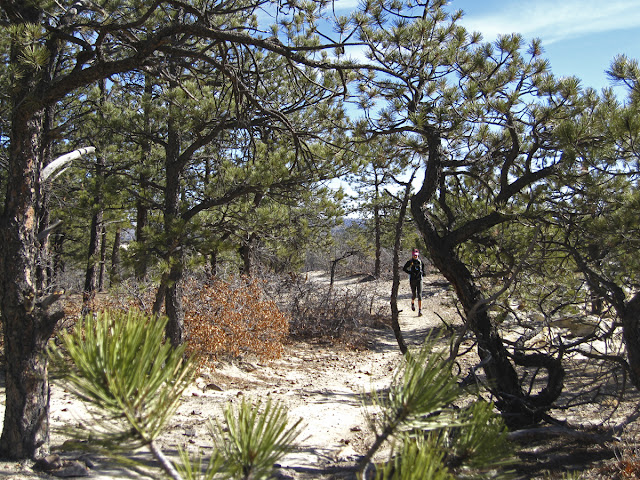 Kathleen coming through the trees 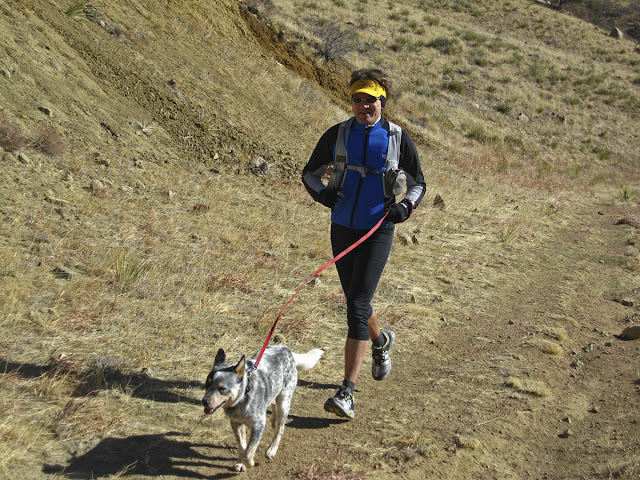 Look at that face...
We ran about 7 miles and then looped back by the house to get in the first run with "The New Guy".  This little guy is going to be quite the trail runner - he's a natural!  He did not trip me, step on my heels, or make any weird movements that caused me to stumble - just a good straight runner.  Well done Hook!  Needless to say that after his weekend of traveling, moving to his new home, and hitting the trails with us, this is what he looked like after running 3 miles with us: 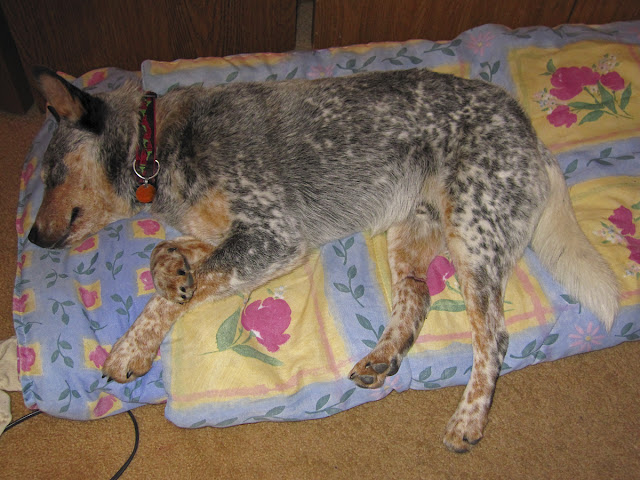 Who could resist him???
It was a good weekend for us as you can see.  Nice 10 mile run, including the finishing loop with our new baby boy!  Happy Trails this week!
Scribed by HappyTrails at 10:25 PM 15 comments: